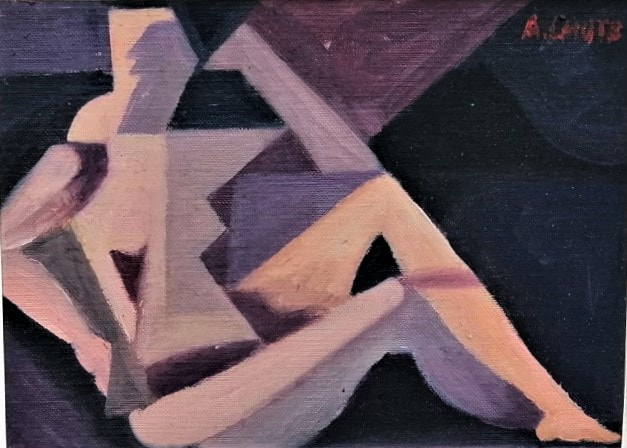 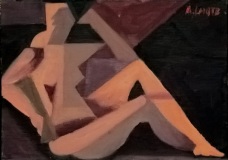 Andre Lhote was born in Bordeaux on the 5th of July 1885 and died in Paris in 1962. He was a painter of subjects such as sports, nudes, portraits, still-lifes and was also an illustrator and an engraver. In Bordeaux he studied decorative sculpture for ten years at the Ecole des Beaux-Arts. This self-taught erudite started painting after reading les Salons de Diderot, the Delacroix Journal and the Curiosités esthétiques de Beaudelaire. In 1905 he gave up sculpture to concentrate on painting and by 1906 he was settled in Paris. He learned how to appreciate the Impressionists, he admired Gauguin and copied Rubens and Delacroix.

His early work was fauvist in spirit but from 1911 he started to adopt cubist mannerisms over a varied assortment of themes from still life to mythology. As early as 1918, he taught in different academies and founded his own in 1922 in rue d’Odessa.

We thanks Madam Dominique Bermann Martin, André Lhote specialist and writer of the Catalogue Raisonné, who authenticate this work. No coa.