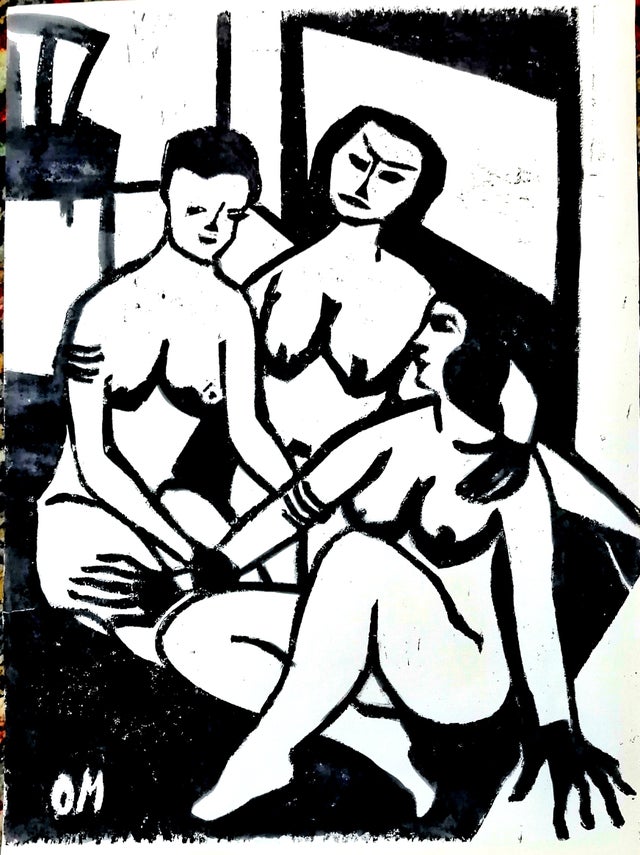 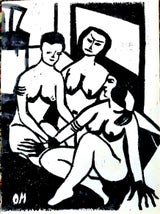 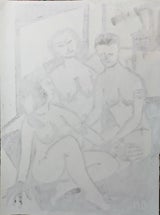 Otto Mueller  (16 October 1874 – 24 September 1930) was a German painter and founding member of the Die Brücke group of German Expressionists. Working alonside Ernst Ludwig Kirchner and Erich Heckel, the work of Die Brücke artists was characterized by vibrantly colored figurative paintings that emphasized the primitive nature of humanity. Mueller’s work was often more muted than his peers, using beige tones and flattened forms in depicting gypsy families and nudes in densely forested settings. This aesthetic difference is owed largely to Mueller’s use of distemper on raw canvas which dries to a matte finish. Born on October 16, 1874 in Lubawka, Poland (formerly Liebau, Silesia), Mueller studied lithography early in life, developing an interest in Art Nouveau styles. After first studying at the Academy of Fine Arts in Dresden, he moved to Munich where he studied under the German Symbolist painter Franz von Stuck. Now considered among the most important German painters of the early 20th century, 357 of Mueller’s works were sized by the Nazis from German collections in 1937 as "degenerate art." Today, the artist’s works are in the collections of the Art Institute of Chicago, The Museum of Modern Art in New York, the National Gallery of Art in Washington, D.C., and The Albertina in Vienna. Mueller died on September 24, 1930 in Breslau, Poland.coa n.a