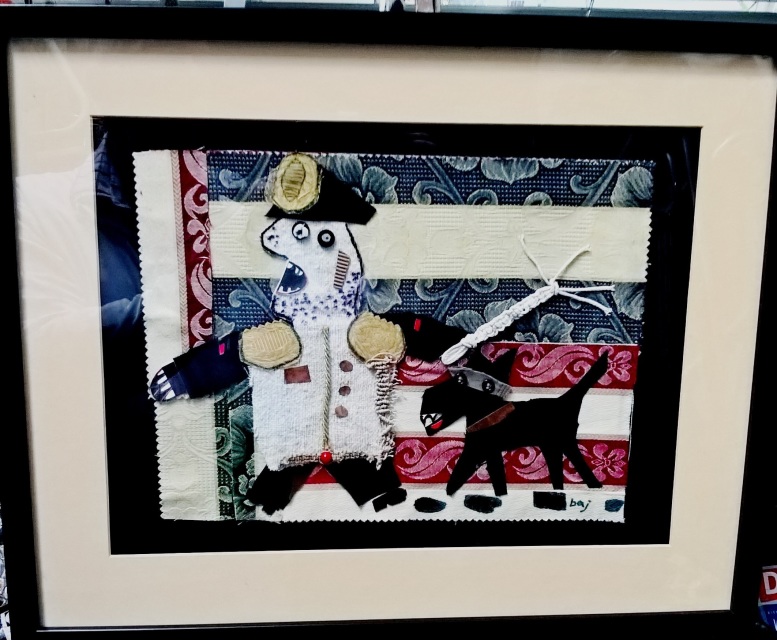 After studying at the Accademia di Belle Arti di Brera from 1945 to 1948, and having gained a law degree, Baj devoted himself to art from 1950. The following year he began a career that has produced a variety of artistic creations always characterised by his fighting spirit, and has embraced a raft of different groups. He started by establishing the Nuclear Movement (Movimento Nucleare) (1951), which placed art in opposition to man's modern and threatening environment. He then founded an International Movement for an Imaginist Bauhaus, which ran counter to 'constructivist' Bauhaus. He founded the movement with Asger Jorn, one of the founders of the international group of artists Cobra. In 1955, when his work approached Lyrical Abstraction, he set up the magazine Il Gesto with the critic Edouard Jaguer and the painter Dangelo. He contributed to the manifestos Against Style in 1957, Interplanetary Art in 1959, and Painting and Reality in 1960. Between 1959 and 1966 he became linked with the Surrealists and participated with them in the official International Surrealist Exhibitions of 1959 and 1965. In 1965 the art critic Gassiot-Talabot included him in the French group Narrative Figuration (Figuration Narrative), also known as New Figuration (Nouvelle Figuration).

Although he was initially inspired by Tachism (from 'tache', the French for blot, stain), Baj showed a real taste for collage early on, altering pious images and landscapes on traditional canvases using a few dabs of paint and glued-on wallpaper. In 1956 Baj began his craze for producing heads, with Solar Heads and then heads of Generals, which he made a mockery of by sticking bits of fabric, old-fashioned soft furnishings, curtain braid, rejected clothes, and forgotten or even invented decorations on the portraits. As well as being humorous, the off-the-wall nature of these works shows evidence of their subversiveness. He also 'redid' Picasso's Guernica with the dual aim of challenging the work and showing admiration for it. In 1970-1971, in an Expressionist New Representational style, he produced Funeral of the Anarchist Pinelli, which measures 46 feet (14 metres) in length. His exhibition at the Galerie Beaubourg in Paris in 1991 showed a return to painting, with pictures of multiple heads crawling with people and animals: 'I wanted to keep the idea of collage in order to launch myself into the realm of kitsch.' He has a talent for invention that derives from the formulas and techniques of collage, and a fighting spirit to which he continues to subject every element of the human race.coa not available.